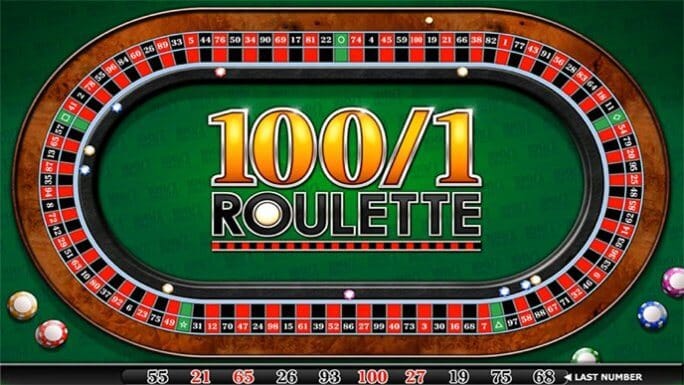 Regular roulette is all well and good, but why not take it up a notch if you get the chance? As they say, if you’re not living life on the edge of your seat, you’re taking up too much room. Luckily, Pay By Mobile Casino has you covered. We always bring you the best pay by mobile casino games, and we’ve done so again – this time in the form of 100/1 Roulette!

100/1 Roulette is all the thrill of a roulette game turned all the way up to 10. No longer must you be confined to a standard roulette board. Playable on mobile, tablet, and desktop, you have 100 pockets to choose from in this roulette game developed by NYX.

With more choice than ever before, all that’s left is for you to step up to the challenge. Are you feeling lucky?

NYX has been one of the biggest developers in the online casino industry for quite some time. They were founded in 1999, and since then they’ve built up a wealth of experience that gets funneled back into the pay by mobile games that they make.

The Las Vegas based developers have since expanded, opening offices in the UK, Europe, and Australia. The games they develop also have a big reach as they’re playable in countries all over the world.

Their portfolio of deposit by mobile casino games is understandably vast, and they will only add to it in the future. They’ve been in the game long enough to know what players want in their casino games, and they duly deliver on those expectations.

Here are some of the most popular NYX free slot games available to play in online casinos:

This extreme version of roulette is all about high risk, high reward. It still works like a regular roulette game, except for the fact that it has 105 numbers for you to choose from.

This means that your odds of landing a winning number are considerably lower than standard roulette, but if you’re number does come up then you could stand to win 100x your original stake! An extreme dice roll if ever we’ve seen one.

This inflated payout rate spreads to all other bets as;, split bets give you 49/1 odds, landing 3 numbers give you a 32/1 win and if you’re only able to get 1 number out of 4 correct, you’ll still get a 24x multiplier. The lowest multiplier you’ll get is 4x, which can be activated by landing 1 out of 20 numbers.

The stake ranges from £1 to £100, meaning there’s a maximum jackpot on offer of £100,000. There’s a repeat bet feature which acts sort of like an autoplay, as it allows you to make the same bet over and over again if you so choose to.

Like normal roulette, there’s not much to be done in terms of strategy as the spins of the wheel are randomly generated.

The design of this deposit by mobile casino game remains simple, as the enhanced roulette wheel does most of the talking. There’s a subtle soundtrack playing in the background, which accompany the sound effects of the roulette wheel and ball. 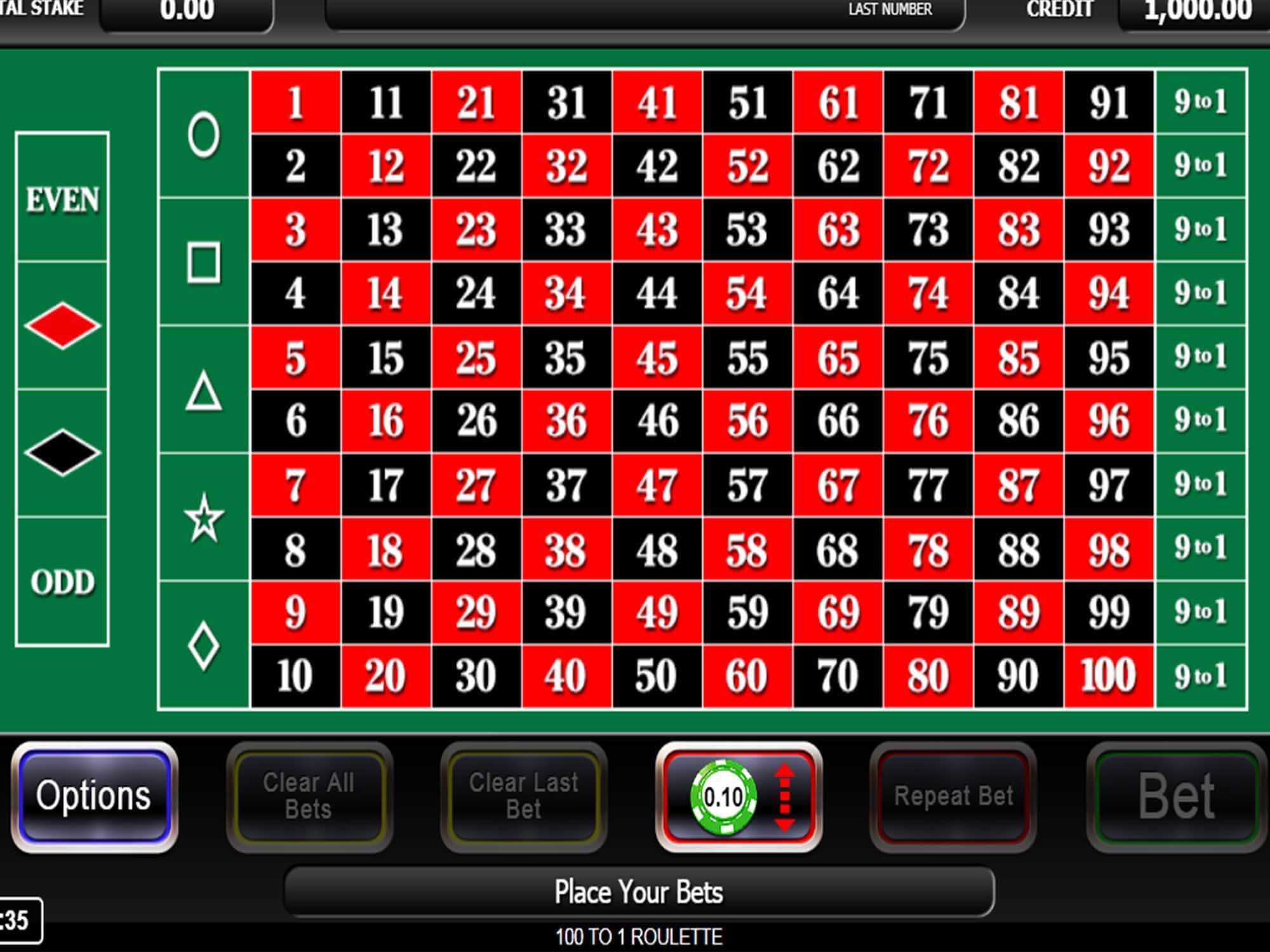 In honesty there aren’t any additional bonus features that come with this pay by mobile casino game, as the whole ‘105 roulette numbers’ feature is pretty much the game’s entire gimmick, along with the 100x boost to winnings.

There is a turbo mode feature that let you spin the wheel quicker, which can come in handy if you’ve been playing for a while and are growing impatient of the wheel’s spinning.

This game is a thrilling change of pace from regular pay by mobile roulette games, even if it isn’t as reliable. There’s nothing special about the game’s layout or design, but it’s more than made up for by having such high stakes.

Deuces Wild Double Up Slot is another amazing game available at Pay by Mobile Casino!