Over at Pay By Mobile Casino the main objective is to make sure that there is a consistently excellent selection of slot games from across the industry.

Indeed, with the online slot market at the state it is at now there is no point in stocking an inferior selection of games. There is something for everybody in the 21st century, as Diamond Deal proves.

This is an online slot from the relatively unknown developer Gamevy, and it looks to be modeled upon popular TV quiz shows such as Deal Or No Deal.

There have been countless online slot games over the years using a very similar kind of theme, however, Diamond Deal uses a game mechanic that can set it apart from the rest, and potentially see it become slot gamblers’ favorite free spins casino games.

The great thing about the deposit by phone casino slot industry over the last decade or so, and a key reason in why it is at such a healthy stage in its existence, is the fact that there is now space for many new developers to come and strut their stuff alongside the big players such as NetEnt or Microgaming.

Companies have seen time and time again how lucrative the business can be, and it has resulted in new start-ups such as Gamevy entering the fray.

The developer was established in 2015, and has already been responsible for some cracking examples of online slot gambling entertainment.

Gamevy is based in London and have been on the receiving end of a number of reputable online slot developer prizes, so you just know that their online slot games are going to resemble a fun, and potentially lucrative, play. 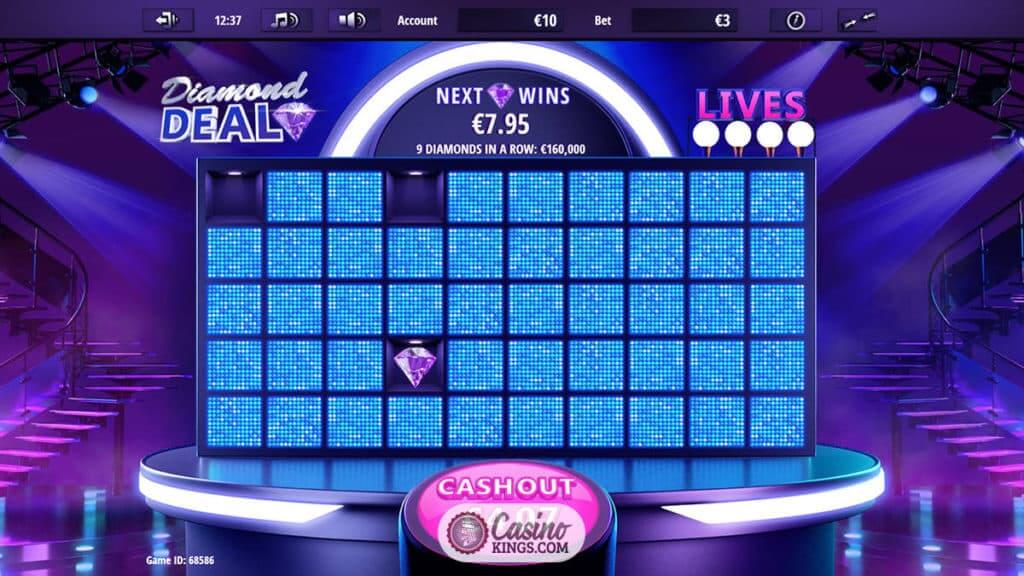 Diamond Deal invites slot gamblers into a classic world of glitz and glamour, with the graphics of this slot seemingly being made to look like the set of a game show like Deal Or Not Deal.

The graphics from Gamevy are not HD, by they also are not presented in a particularly cartoon-ish fashion either, making them the perfect middle ground for a variety of different gamblers.

Diamond Deal has a different game mechanic than most of the games available at Pay By Mobile Casino, with the action revolving more around choosing the right bonus box than spinning the reels.

You have four chances to pick the right one, before it is, unfortunately, game over. 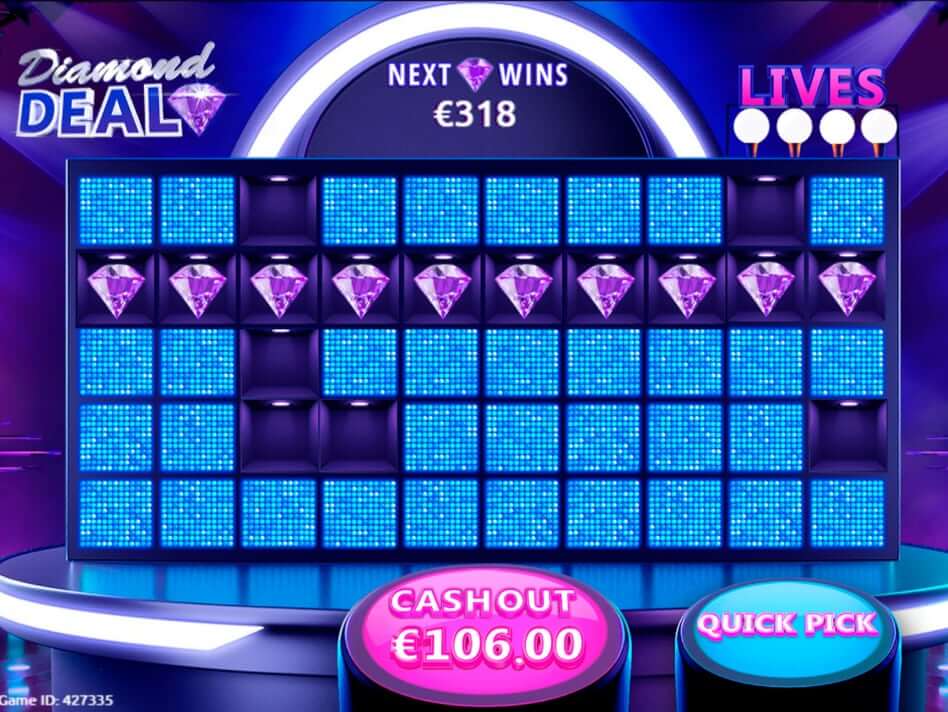 One of the coolest features in Diamond Deal is the option that gamblers have to cash out at any point, a bit like the real Deal Or No Deal game.

There is also the very real chance of winning a quite mental 1,000,000 coins. This is the top jackpot prize, and for any gamblers that win it it will surely be lifechanging.

Our Verdict on Diamond Deal Slots

This is an unusual slot game and may not be every gamblers’ cup of tea at the beginning. The more you play, the more you enjoy though. And who can say no to a potential jackpot of 1,000,000 coins?

You can also check out different games, such as the Deco Diamonds Slot.