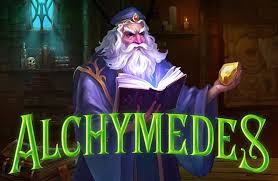 Alchymedes by Yggdrasil Gaming is a 5 reel, 60 payline that is one of the pay by mobile slots you can play on the phone casino.

Features in the game aren’t like anything you’re used to. The players will be required to complete levels in the game so as to trigger wild patterns or multipliers.

There are over 15,000 wild patterns you can form and you can win up to a 5x multiplier that can be applied on the last winning spin that completes the level.

Stakes in the game start from 30p to £150 per spin on all iOS and Android PC, smartphone and tablet devices.

Yggdrasil Gaming is an online casino software company that is run in Malta. The company started operating in early 2013.

It was founded by Fredrick Elmqvist after he left his stint as the NetEnt CEO. Fredrick has managed to develop highly advanced gameplay instead of focusing on number based slot games.

Alchymedes by Yggdrasil Gaming is a pay by mobile casino slot you can find on the Pay By Mobile Casino online.

The action here is set in the mad scientist’s lab and it has pays both ways capability and offers levels you’ll need to complete.

Alchymedes is an Ancient Greek legend that is regarded as one of the greatest mathematicians of all time.

Symbols on the reels include card values like K, Q, A & J, and 4 potion bottles of different colours like blue, green, violet, and orange.

The slot game has got a total of 60 paylines with 30 paying left to right and another 30 payjng opposite right to left.

The wild symbol in the game is represented by the radioactive waste symbol. It can replace all other symbols on the reels to help form winning combinations. You will

need to complete levels in the game to be able to land different wild patterns. There’re over 15,000 available in the game. This leads to the first bonus feature of the game. 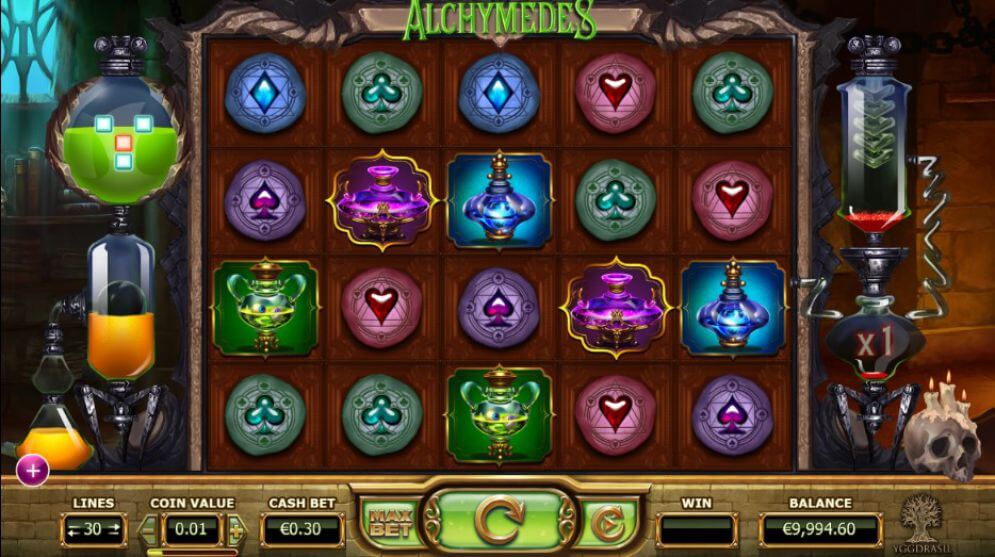 Our Verdict on Alchymedes Online Slot

Alchymedes isn’t complicated at all. It’s one of the easiest pay by mobile slots you can find online- just search any Pay By Mobile Casino.

It’s so cool that you can choose between having a larger multiplier or a bigger wild pattern in the Alchemist’s Scales feature.

This is definitely a superb medium variance slot where the wins are likely coming in from the big multipliers. Alchymedes will be one of the best online slots by Yggdrasil Gaming that you will ever encounter.

You might also want to try playing other games from Pay by Mobile Casino collection, we recommend you check out Agent Jane Blonde Slot today.