Arcade Bomb is a 5x20 pay-line slot by Red Tiger Gaming, which you can play here at Pay By Mobile Casino.

Features in the slot include the Locked Reel Bombs feature where you can win up to 1,000x your stake. In this slot, players can land lots of mystery symbols on the reels. Stakes in Arcade Bomb starts from 20p to £500 a spin.

Arcade Bomb is a classic fruit machine that uses win-all ways technology. It got some pixelated graphics that look like an old-school retro ZX Spectrum or a Commodore 64 computer game.

One look at the gameplay and you will love how silky smooth it is. Symbols on the reels include an assortment of fruit symbols like strawberries, cherries, melons, oranges, lemons, bells, and bars.

Instead of using pay-lines in Arcade Bomb, winning formations are formed when you land the same symbol on adjacent reels.

See the table below for an overview of Arcade Bomb and what you can expect from this slot.

There are 4 different types of bombs and each of them creates a different blast pattern. When any of the bombs explode, all the symbols in the blast pattern transform into the same matching symbol. Any bombs that haven’t exploded within the blast radius end up destroyed too.

There are no traditional features offered in the game because the game is based on exploding bombs only.

The exploding bombs occur regularly and offer a steady stream of low-value wins. Your objective will be to hit more matching bombs and have the same number go off at the same time.

This will create room for more detonations and the screen ends up filling with matching symbols. Cash prizes of up to 1,000x your stake can be offered. 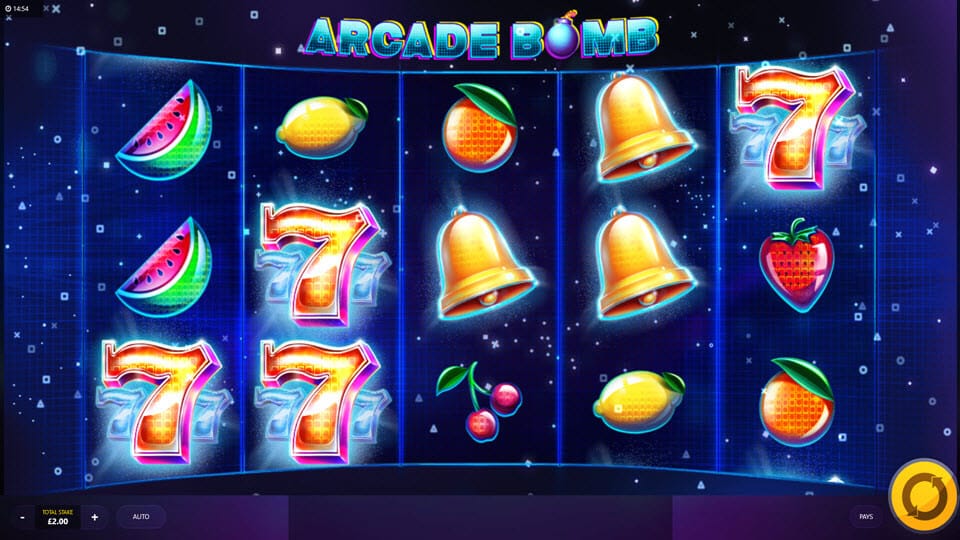 Red Tiger Gaming started operating in 2014 and has grown massively since then, especially in Asia and Europe. They have won multiple awards throughout the years. Back in 2019, they won the price for both Mobile Gaming Software supplier and innovation in mobile.

Here at Pay By Mobile Casino, we offer you a wide variety of Red Tiger Gaming slot games with different themes for both new and more experienced players.

Verdict on this Slot

Arcade Bomb by Red Tiger Gaming is one of the easiest pay by mobile slots you can play on this online Casino. Some players may find it unusual that the slot game lacks any free spins, but it more than makes up for that with the exploding bombs. This low to medium variance slot offers cash prizes of up to 1,000x your stake.

You might also want to try playing other amazing games from our Casino collection. We recommend you check out Amazing Aztecs Slot.