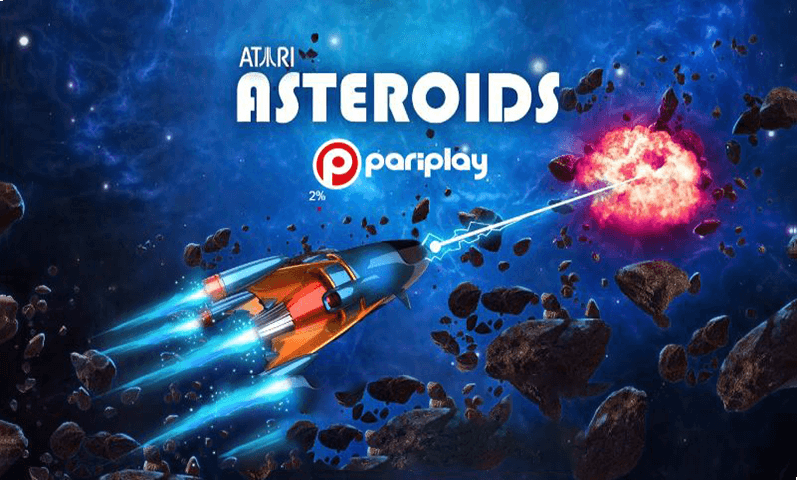 Asteroids is a 5 reel and 720 ways to win Pariplay slot. Features in the slot include  free spins, multipliers, sticky wilds, expanding wilds, etc.

You can receive up to 30 free spins where a 10x multiplier is applied. You’ll also have re-spins where sticky wilds occur round after round. Stakes in the phone casino game start from 50p to £50 a spin on all iOS and Android devices.

PariPlay is a casino software company that produces online casino games. The company creates some diverse casino products that can be united under the iGaming banner. PariPlay has 5 distinct gaming platforms; iGaming, Video Lottery Terminal, Mobile On Premise, iLottery and Social.

They have released some killer online casino slots with their focus being modern 5 reel games. You can enjoy adventure, mystery, war, history, action, love, and more slot themes from them right here on the Pay By Mobile Casino. 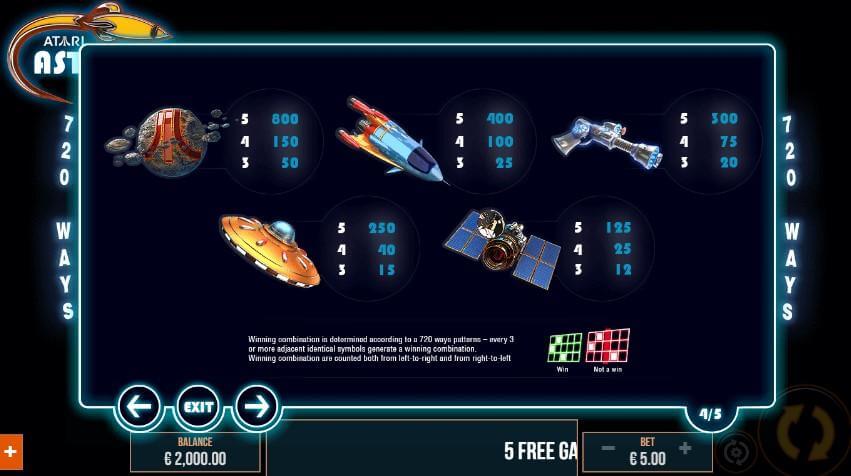 Asteroids is a space themed game based on the classic Atari video game. You play the game using a unique 3x4x5x4x3 engine that makes for 720 ways to win.

The asteroids award the highest value in the game. 3, 4 or 5 of them award 1x, 3x or 12x your total bet. The wild symbol in the game can appear on any of the reels and replace all the other symbols except the free spins scatter symbol. The planet earth symbol is the scatter. 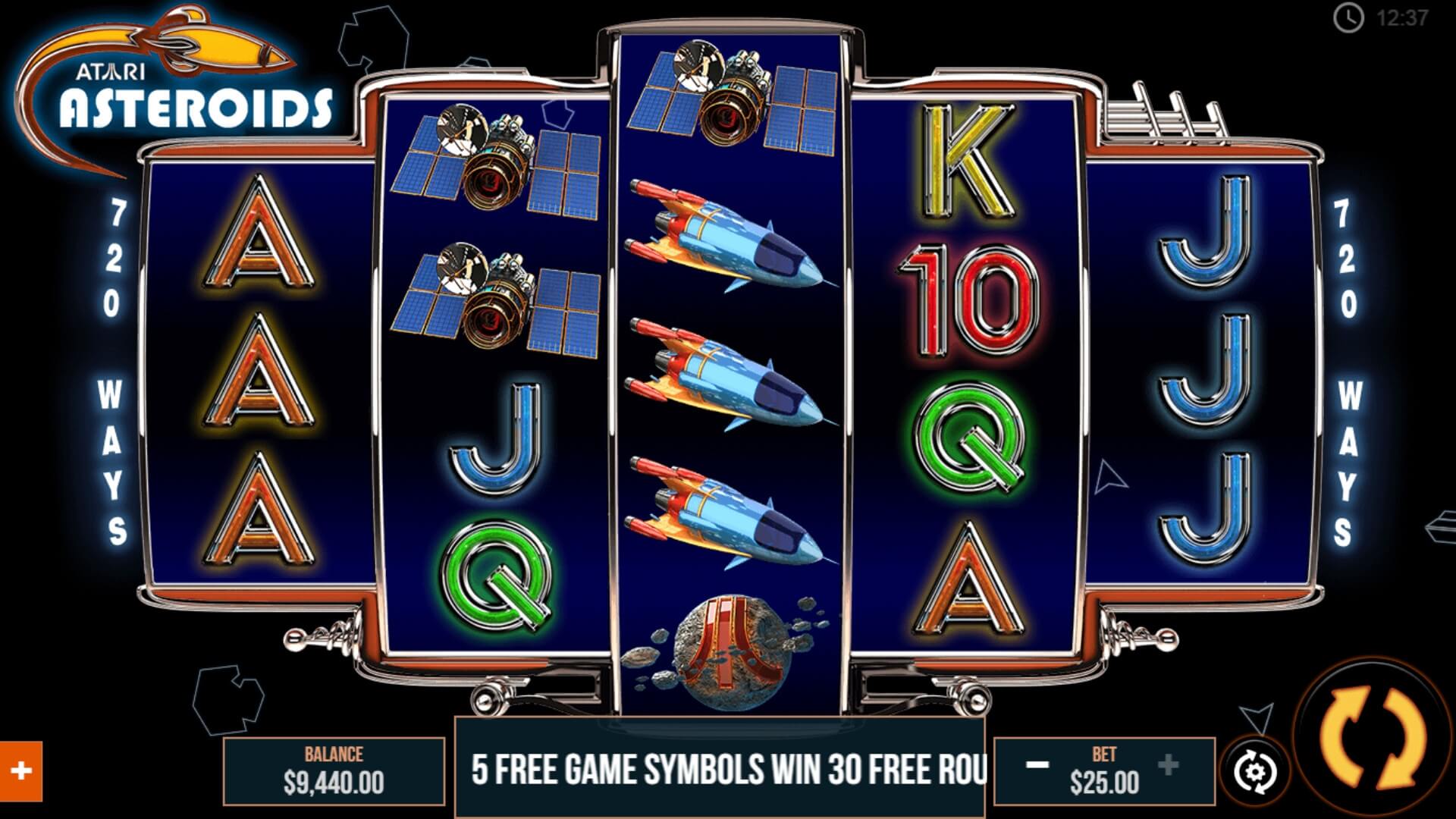 Our Verdict on Asteroids Slot Online

The design on display here is very original with lots of HD and flawless animations. The soundtrack adds to the futuristic theme. The 720 ways to win game engine offers loads of action, re-spins and sticky wilds.

The expanding wilds can be a little difficult to trigger, but the real action starts in the free spins feature. This is especially if you can add to your tally of free spins.

The 5x and 10x multipliers can really turn your luck get the coins flying. Asteroids by Pariplay is a medium to high variance.

You might also want to try playing other amazing games from Pay by Mobile Casino collection, we recommend you check out Arctic Madness Slot.