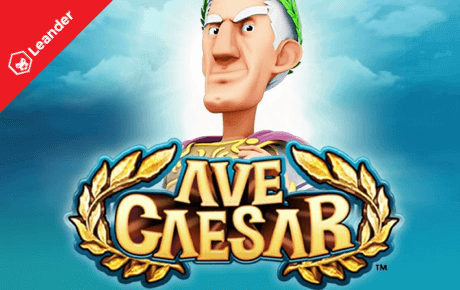 Ave Caesar is a 5 reel, 20 payline slot by Leander Games, one of the first pay by mobile slots you can play now on Pay By Mobile Casino.

This mobile slots pay by phone bill will take players to ancient Rome and they’ll also get to enjoy loads of extras like modifiers in the base game, 4 bonus feature rounds, and a progressive jackpot. Stakes on all iOS and Android devices start from 20p to £20 a spin.

Leander Games has been operating since 2008. The company has a wide range of polished slots that feature highly innovative themes like adventure, oriental, action, mystery, history, etc.

Their main office is in Buenos Aries, Argentina. Leander Games has got business partnerships with a lot of the major land based and online casinos.

It’s also easy to find any of their slot games on Pay By Mobile Casino, you just literally need to pay by mobile to be able to access. 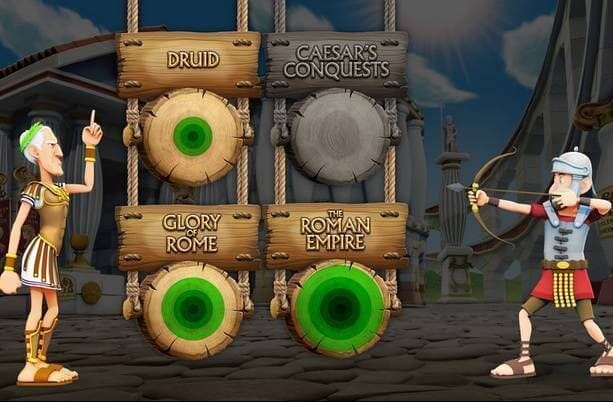 Playing Ave Caesar - What to Expect

Playing a pay by mobile slot on Pay By Mobile Casino never felt this good. The action in Ave Caesar is set against columned, marble buildings with symbols on the reels including Roman numerals, a centurion, a Roman soldier, the Ave Caesar logo, a woman, and Caesar.

The wild symbol in the game is represented by Caesar who acts as the wild. Caesar can reward players up to 50x your stake if 5 appear on a payline. 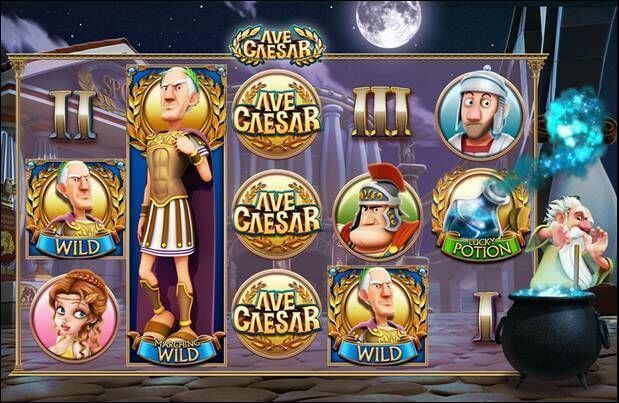 There 4 main feature rounds in Ave Caesar count as some of the best you'll see in a pay by mobile slot on Pay By Mobile Casino.

They can be activated when the bonus symbol appears on the odd numbered reels on one spin. The feature you trigger depends on the symbol that appears on the 5th reel e.g.

Our Verdict on Ave Caesar Online Slot - Hit or Miss?

Leander Games has definitely spoiled us with this pay by mobile slot called Ave Caesar that you can now play on Pay By Mobile Casino. It’s one of those slots that packs a huge amount of gameplay in a single place.

In this case, punters will be going on a Roman adventure with a medium to high volatility range. The slick design and wide range of extras on offer work well here.

You might also like to try playing other games from Pay by Mobile Casino collection, we recommend you check out Avalon Slot.