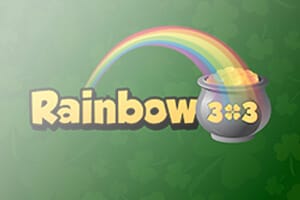 Rainbow 3x3 online slot is classed as a multi-slot where players can have 9 different pay lines out of 3 basic reels during their gameplay. It carries a traditional Irish-themed grid with a well-aligned symbol profile. All this lies against a background with natural greens and a joyful soundtrack to animate everything.

Rainbow 3x3 game screen also shows the involvement of rainbows, which guides towards the hidden treasures according to the Irish legends.

This pay by mobile slots game offers a mix of good and average wins, ranging from a minimum of 500x a stake up to a maximum of £2,500 per line.

About 1x2 Gaming – The Developers of Rainbow 3x3 Slot

Rainbow 3x3 online slot is presented by 1x2 Gaming. These are UK-based team of online casino games designers who started their creativity in 2002 and have continued successful operations ever since.

1x2 Gaming is known for its vibrant casino games with captivating features, bonuses, and graphics. Their rewards are pretty decent, too, a big reason for the lovers of free spins slots games to stay put for every new attraction from this developer. 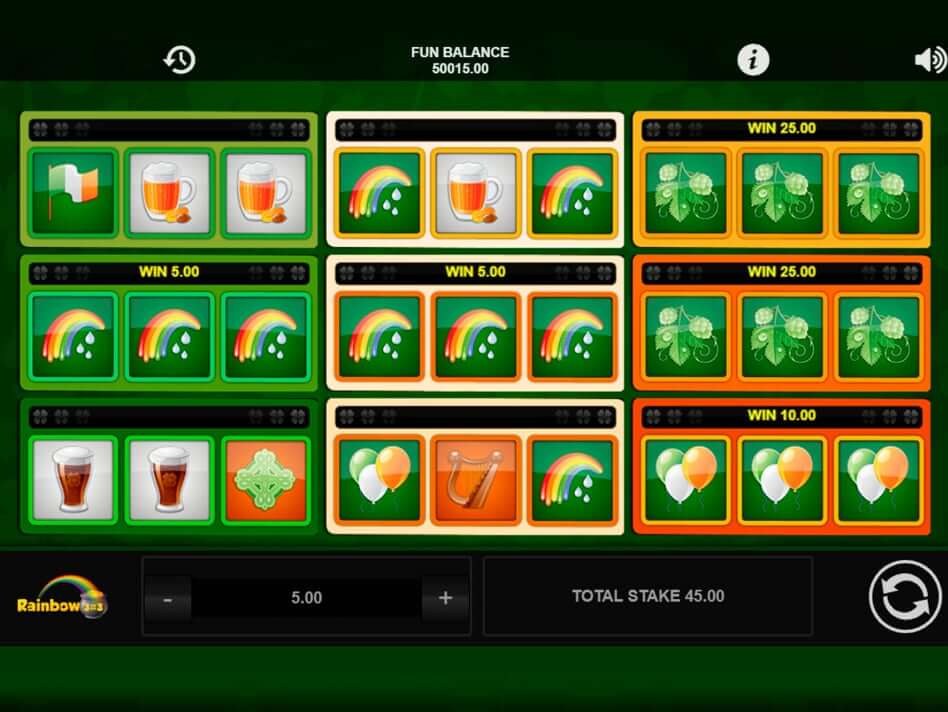 Rainbow 3x3 features a very familiar symbol profile as it is Irish-themed and has been adopted by many other casino slots already. But the uniqueness lies in the values attached to each of the symbols. Following symbols will appear most commonly on the grid:

This Pay By Mobile Casino slot offers no special or wild symbols. Wins come from the combos made out of standard symbols only. Following are the row-wise winning chances in this slot:

Bets can range between £0.90 and £45.00. Any bet you set will be multiplied by 9 to cover all the available sets of reels in the gameplay. You might have good chances of winning different rewards from each of the three sets.

The standard maximum payout of this pay by mobile slot is £2,500. But in ideal conditions, with all highest-paying combos on the reels, a possible £8,070 mega prize can be won in one spin. 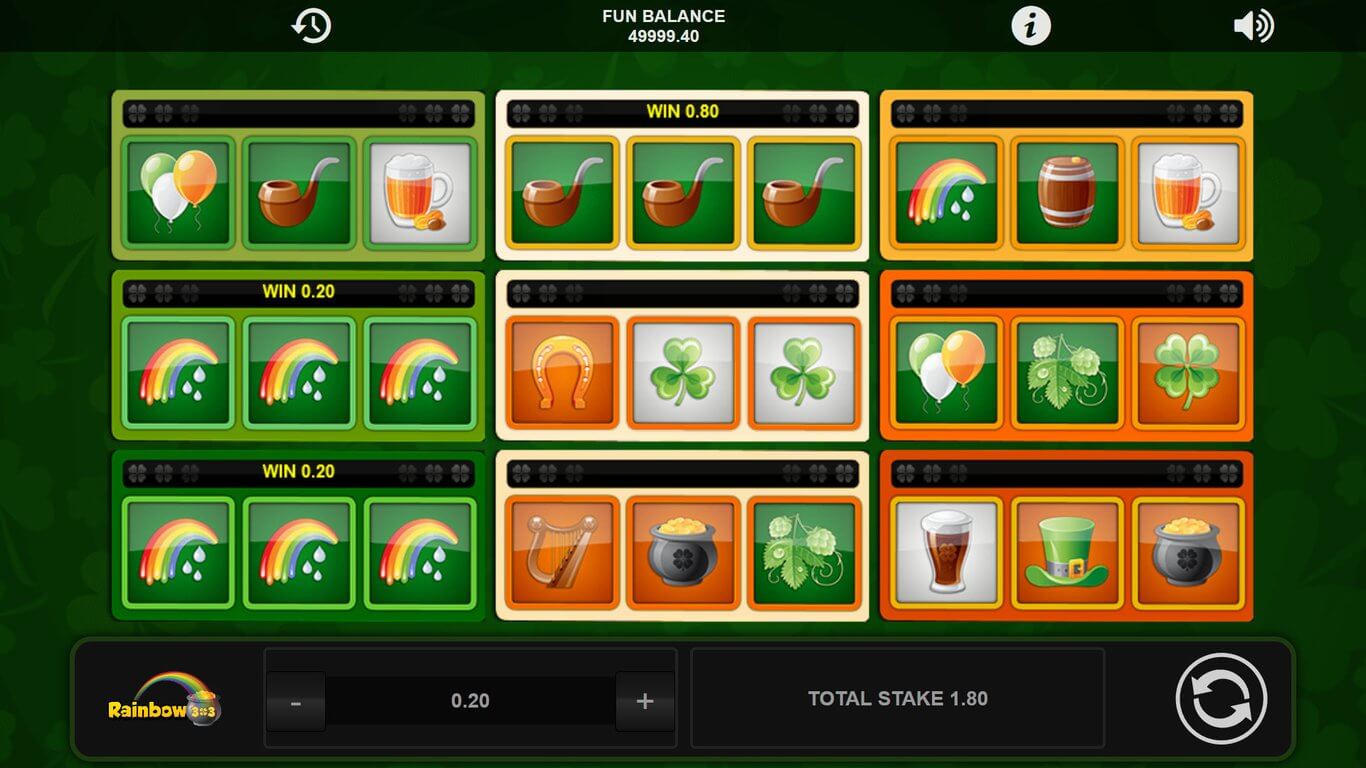 Rainbow 3x3 online slot is quite limited in terms of bonuses and features. The standout for this slot is the 9 different pay lines you get from 3 actual reels. Since there are no bonuses to activate, the gameplay is simple and brings rewards straight away on hitting the winning combos.

Players might find the absence of free spins a little disappointing, but Rainbow 3x3 has tried to compensate for that aspect by offering 9 ways to win on the grid.

Rainbow 3x3 online casino slots can come as a basic addition to your list of out-of-the-box online slots. Although its only edgy feature is its 9 different pay lines offering more winning combos, still it is worth a try.

Some might find this pay by mobile slot a bit too advanced in terms of reels with gameplay this basic. The overall look of the game is appealing with vivid graphics and layout; however, this aspect will only attract you if you pay attention to the outlook at all.

There are some good wins in the Rainbow 3x3 slot, too. We recommend exploring the gameplay a little at the Pay By Mobile Casino before actually stepping into the ring.

Finally, the RTP of Rainbow 3x3 is 95%, which doesn’t make it any more exciting in terms of wins. But if you want to try your luck and feel like making something out of small bets, then this slot has some decent offers for you.