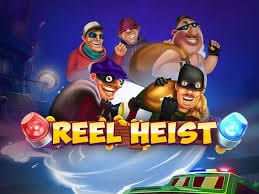 Commonplace during childhood is the addictive game of cops and robbers, a game that plays of the age old adage of good versus evil. Interestingly, you could even say adults are quite drawn to this concept, and it's why the most successful TV shows and movies enact this same fantasy. The pay by mobile casino game Reel Heist thrives off this same idea.

Brought to you by the renowned Red Tiger Gaming, Reel Heist invokes the boys in blue in a simplistic gameplay structure that positions cops against robbers for the phone casino game’s juiciest rewards. Read on if we’ve kept you interested so far.

Founded in 2014 by a group of pay by mobile casino veterans, Red Tiger Gaming are dedicated to developing the best free spins casino games possible. Combining experience and passion, this group is able to create pay by mobile slots that provide an excellent gaming experience.

The makers of Rocket Men have won an array of awards for their world-class slots. From awards for how innovative their games are to mobile supplier of the year, the industry recognises the outstanding work Red Tiger Gaming are doing. They are certainly a developer to watch.

Red Tiger Gaming’s catalogue has pay by mobile slots such as Yucatan’s Mystery and Golden Tsar. We think you’ll enjoy these just as much as Reel Heist, as these developers just never seem to miss with any shot they take. You can always rely on Red Tiger for their quality. 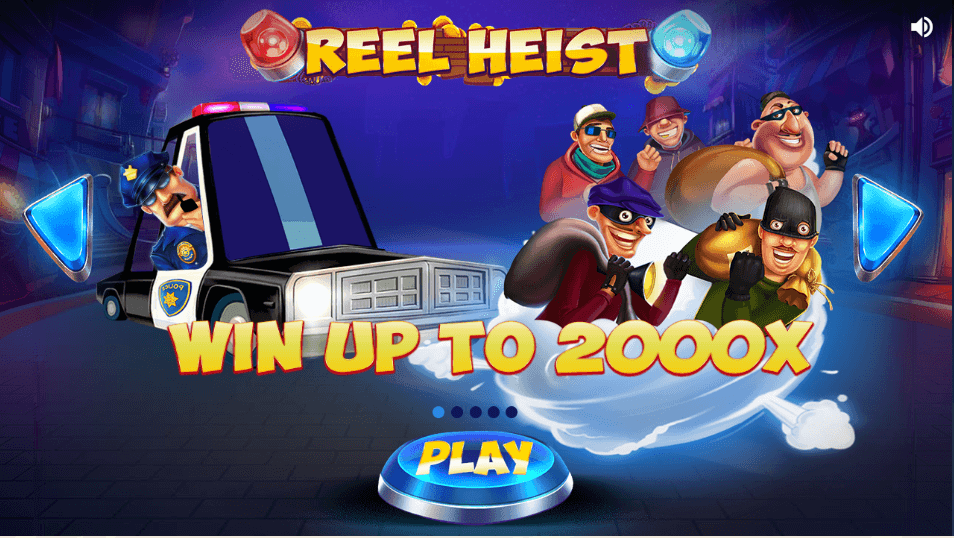 Reel Heist uses a light, kind of cartoonish style, set on a daytime city street that becomes night-time during certain points in the game. Although a simplistic design, the artistic choices are well-executed so it is overall a pretty aesthetically pleasing game.

This pay by mobile game has 5 reels and 40 paylines. You are aiming to match symbols from left to right with at-least three icons in a row, with matches of a greater number awarding a greater winning.

The payouts in this pay by mobile game originate from card rankings. These range from 10s to kings and aces, with the highest ranking cards the most valuable. The pay table continues with sunglasses, handcuffs, and police caps. The most valuable icon is the badge, awarding up to 1000 coins if you are able to land 5 in a row on a single payline.

This pay by mobile game has a return to player percentage in the region of 95%, and has been described as a medium-high variance slot. Reel Heist can be played across all platforms like all slots we offer: on mobiles, tablets, and PCs. Happy heisting! 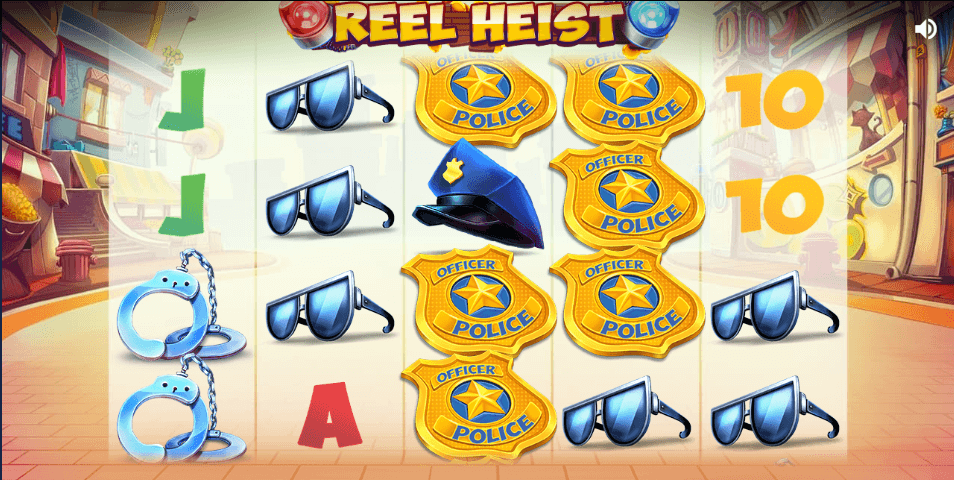 Reel Heist’s wild is the cop symbol. Sometimes, robber symbols will be introduced into the game and it will display their reward. If the cop catches the robber you’ll receive this reward, ranging from 32x to a whopping 2000x! As the cop pursues the robber, he may throw his baton to stun him, locking the symbol in place for a number of re-spins making it even easier to catch him!

This pay by mobile game does not have any bonus rounds of free spins features, so it is quite a straightforward slot, appeasing lovers of simplicity. The catch the robber feature is certainly the game’s bonus highlight, and it does spice things up a bit.

There’s isn’t too much to explore with Reel Heist; it is quite straightforward and simplistic. You could say its strength is that it is very easy to understand and follow. If that appeals to you, this will quickly become your favorite. However, if you need more specialties and a more complicated model, you will quickly get bored with this, and for that reason, we rate it bang in the middle.

Rampage Riches Slot is another amazing game available at Pay by Mobile Casino!