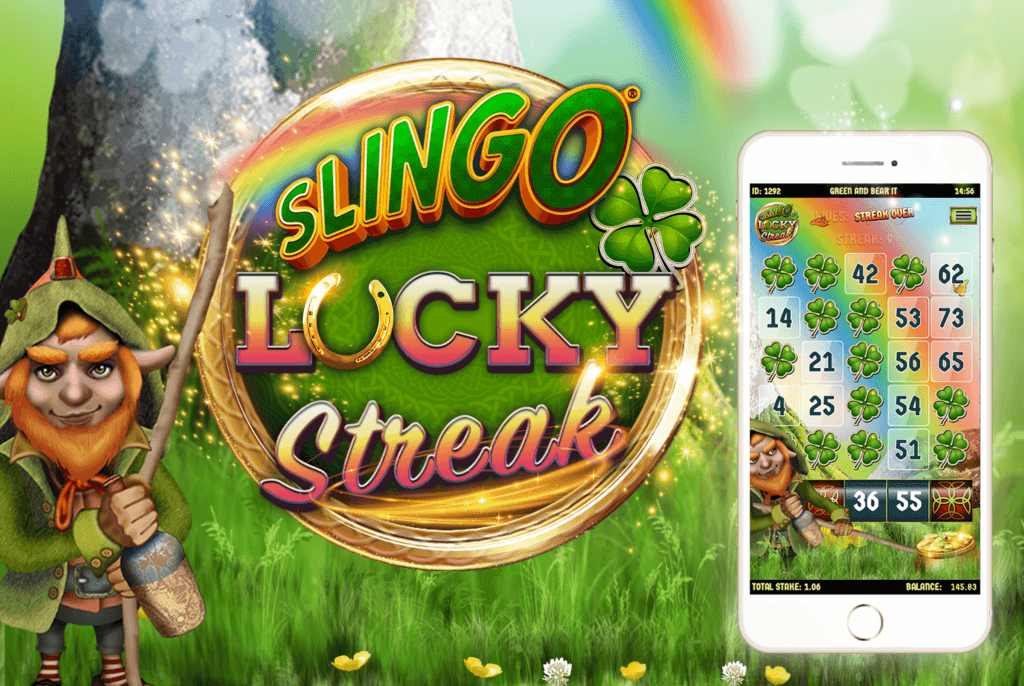 The masters of the slingo game strike again, and Pay By Mobile Casino brings all the action straight to you. The fun of bingo meets the unpredictability of pay by mobile slot games in the form of Slingo Lucky Streak!

Slingo is a great combination of two of the best online casino games, and the genre is becoming more popular every year. Slingo Lucky Streak is a shining example of this, with the Irish themed game being a hit in online casinos.

Playable on mobile, desktop, and tablet, all the fun is brought straight to your fingertips. There’s every opportunity for you to get in on all the action and take home some money for your troubles.

In addition to the slot game/bingo hybrids for which they’ve become known for, Slingo Orignals also produce orthodox deposit by phone slot games. They’ve used the experience they’ve gained since their formation in 2013 to make high quality free slots games that leave players clamouring for more.

Although their portfolio of games is already sizeable, they routinely look to add to it so expect many more Slingo Originals games to be released in the near future. Here’s a selection of some of the most popular Slingo Originals that are available to play in online casinos: 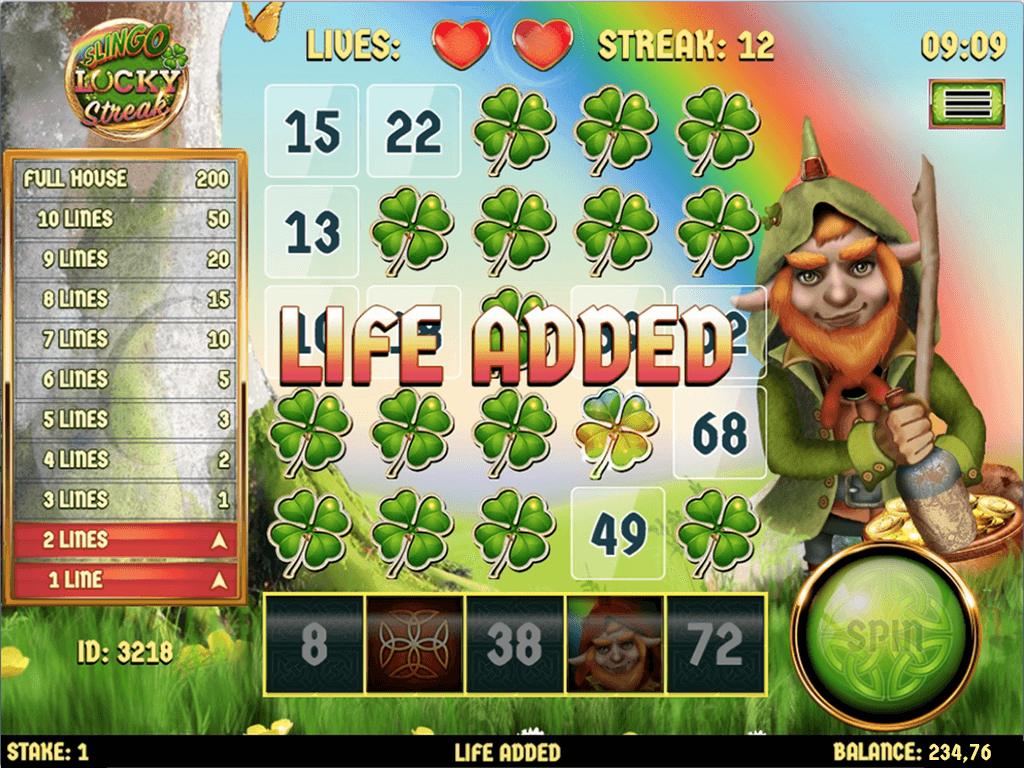 For those unfamiliar with slingo games, worry not as it’s very easy to get your head around. You’re given a 5x5 grid full of numbers, while the slot below randomly generates a set of numbers which you hope will match the numbers on the grid.

The aim of the game is to form winning lines horizontally, vertically or diagonally – just like in bingo. Naturally the more lines you form, the more prizes you can win. The lowest of those prizes is a 1x stake multiplier, whereas the top gong is a 200x multiplier. The stake ranges from 20p to £25, and this pay by mobile slot game has a 95% RTP.

You’re given 2 lives to start the game. Unsuccessful spins will see you lose a life, and wining spins will reward you with an extra life. There are 12 paylines to fill, and you have to form 3 winning lines in order to win prizes.

The slot has an Irish theme which gives a Rainbow Riches sort of feel at times. A leprechaun watches you play from the side of the reels, and there’s a rainbow which provides the backdrop for the reels.

Some special symbols will appear in addition to the numbers shown on the grid. Crosses are the ones to avoid, as they act as blockers which stop you from forming winning combinations. There are also two different wild symbols to be on the lookout for. 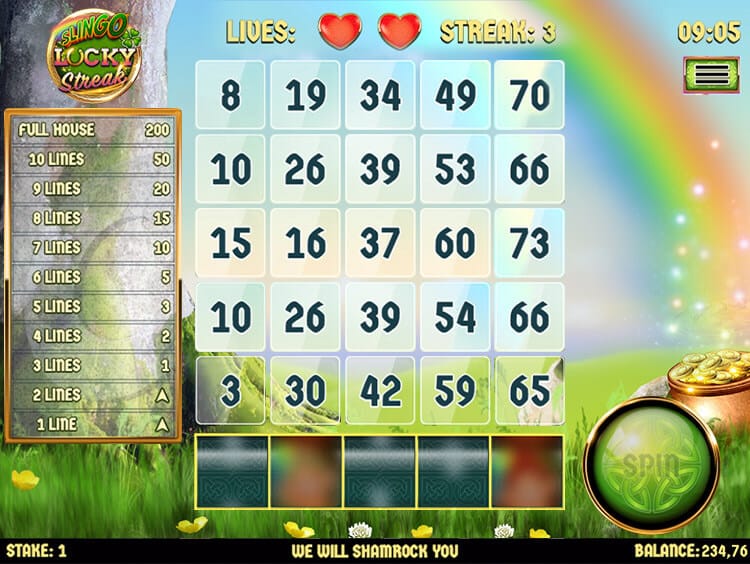 There are a couple of bonus features and free spins games to watch out for in Slingo Lucky Streak which can help maximise your money and get you close to the highest possible jackpots.

Our Verdict on Slingo Lucky Streak

Although it’s lacking in bonus features, Slingo Lucky Streak is a fun depoit by phone slingo game to play. More lives at the start would come in handy.

Pay by Mobile Casino offers numerous games like this, such as Atlantic City Blackjack.