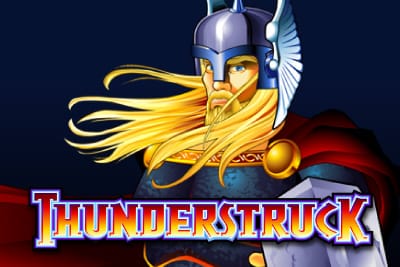 Released by Microgaming in October 2003, Thunderstruck online slot game has remained a firm favourite at https://www.paybymobilecasino.com/ ever since. Thunderstruck slot is set across five reels with nine pay lines, and is based on Norse mythology.

In fact, Thunderstruck was the first Norse themed slot, which subsequently earned cult status and was followed by a sequel (Thunderstruck II).

There’s big winning potential with this online slot game too, with free spins games and a great multiplier. Read on to find out more, or just head to Pay by Mobile Casino and give it a go today.

Microgaming - The Developers of Thunderstruck Slots

Microgaming is among some of the biggest names in the world of deposit by phone casino today, setting the standard for slots and other casino games across the globe.

You’ll find some of the best slots out there created by Microgaming, and best of all they’re all optimised to be played through multiple devices. Like with Thunderstruck, this developer’s slots also offer a great range of free spins games too - including the Thunderstruck 2.

Microgaming is behind plenty of the most iconic online casino games out there! Including Mermaid Millions and more - like the ever-popular Mega Moolah, and both can be played at this deposit by phone casino today.

You can find all the casino games and slots by Microgaming on Pay by Mobile Casino to enjoy. Why not join today and give the games a go yourself? 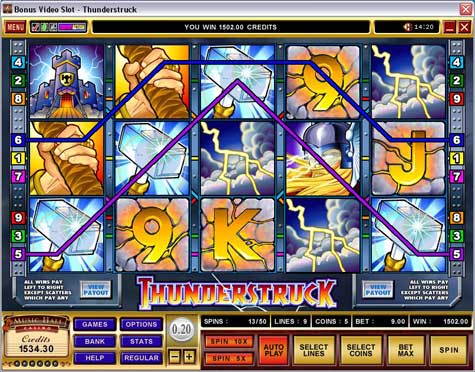 Playing Thunderstruck - What to Expect

Thunderstruck online slot game is one you won’t want to miss out on, especially if you’re a lover of all things mythology. With this online casino game, not only can you deposit by phone bill, but also play from 9p to £45 a spin across multiple devices including desktop, tablet and mobile.

The dark visuals and cloudy imagery with Thunderstruck slot add to the entertaining element of the gameplay, as any backdrop should with an online casino game.

You’ll feel as though you’re in a movie at many different points throughout your gaming experience, and true to the title, you’ll experience many lightning bolts and thunder!

Symbols you can expect to come across when you’re playing with this online slot game include Thor - the god of thunder and the son of Odin.

You’ll see other symbols like Thor’s hand and hammer on the reels too, with the hammer actually being the most rewarding symbol here - this symbol gives players 83.33 times your stake for five on a pay line. Thor himself acts as the wild, with two or five in a combination giving you from 1.11 to 1,111.11 times your stake.

Not too shabby! The exciting symbols and theme really add a lot to the gameplay of this online casino slot. And, with certain winning combinations, any which include Thor doubles your win and replaces all symbols apart from the scatter. Thunderstruck is one of the most popular slots at Pay by Mobile Casino; join now and find out why for yourself! 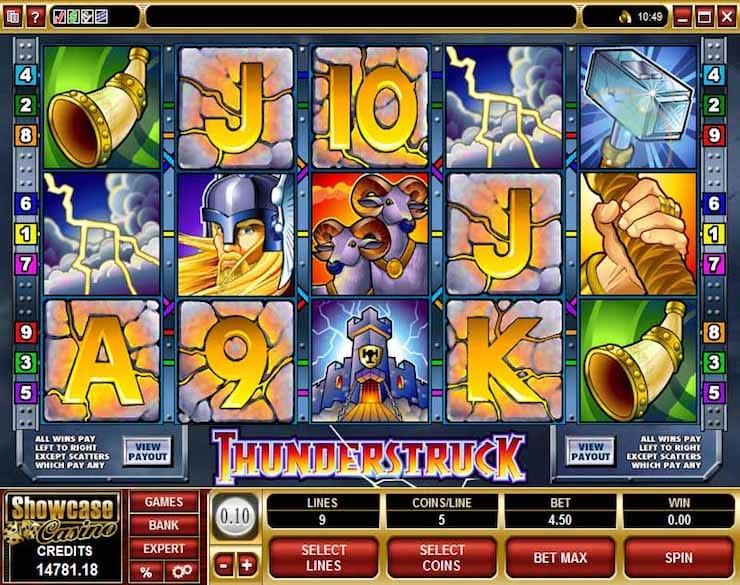 With Thunderstruck online slot machine, you can get some of the biggest wins known to the slots industry. These wins are thanks to the free spins feature here, which is epic, as with it you can win up to a huge 30 free spins! Along with a 6x multiplier too.

Let’s get into the details with these free spins games, which is pretty much what Thunderstruck is all about. To trigger this epic free spins feature, all you have to do is land three or more Ram scatter symbols anywhere on the reels.

Two, three, four, or five of these scatters will award you two, five 20 or 500 times your stake, respectively. Three or more will get you 15 free spins. In addition, any wins gained throughout the free spins feature are tripled with a 3x multiplier!

There’s also another extra feature, the option to gamble. With Thunderstruck, players get the chance to gamble after any win, in the main game as well as the free spins games. If you manage to correctly guess the colour of a playing card, you can gamble your prize and even double it. But it gets better - correctly guess the suit and your winnings can quadruple!

Thunderstruck has definitely got a name for itself out there in the slots industry, and for good reason. It’s a cult favourite and now a classic in Microgaming’s large and varied portfolio, which offers good times and good value. The above bonuses and many, many more are waiting for you to trigger at Pay by Mobile Casino; why not try them out for yourself today?

Our Verdict on Thunderstruck Slots

It’s incredible that even in our current time of slots, where graphics and gameplay are bigger and better than ever, Thunderstruck is still successfully holding up on its own. This is despite the fact there’s even a sequel out there to play - a real testimony of just how good this slot is.

While Thunderstruck slot doesn’t offer any wild features or a massive progressive jackpot, the game is still quite a profitable one. And, it is a genuinely easy and fun slot to play - a super important aspect of slots to begin with.

Thunderstruck is considered a true classic among the slots by Microgaming. If you don’t like the look of this game though, you can play other casino games, or slots like Temple of Iris 2 at Pay by Mobile Casino today!