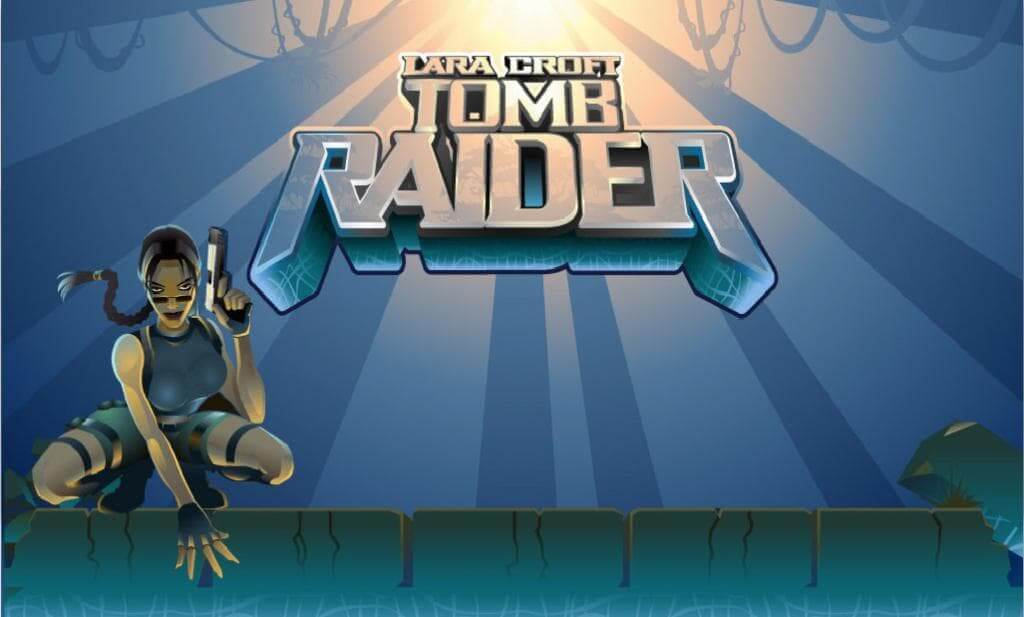 Tomb Raider is an adventure-themed video slot in which the central character Lara Croft is tasked with venturing into a hidden tomb to scoop some treasures from there.

Players on their part are to ensure they pack up some treasures too with Lara Croft spearheading the adventure. Thus getting Lara Croft to appear on the reels in the specified number will have players smiling to their bankroll.

In the tomb, there is a tribal Idol that unlocks your way to riches when you activate it, so you have to keep an eye out for it.

Just like the game and Movies, Lara Croft heads to the tomb of her dad to unravel the mystery behind his sudden disappearance, and amid peril and danger, she finds some riches. This slot was released back in 2004, hence the little antiquated graphics.

This slot is played on 5 reels, 3 rows, and 15 pay-lines, with a maximum win of 7,500 wager reward that's subject to a 3x multiplier in the free spins round.

This slot has impeccable gameplay with the Tomb Raider bonus game and the free spins feature. More details of the Tomb Raider slot are provided below, and you can as well play on PaybyMobile for free or for real money today.

The Tomb Raider video slot is one numerous engaging games developed by Microgaming. As a player, there are high chances you have either heard of one or two of Microgaming products or played one or two of such. You can't talk about the gaming industry without a mention of the exceptional Microgaming software company.

Microgaming is simply a giant in the online and offline casino gaming atmosphere, having developed highly celebrated slot machines. They expertly adopt a fusion of high-end coding, well-designed graphics, 3D animations, and compelling themes, which altogether place their industry pedigree so high.

As proof of their preeminent position in the industry, they are part of the Internet Gaming Council-  a regulatory body tasked with ensuring that all online deposit by phone slots are in full compliance with existing regulations. As you might have guessed, all Microgaming slots are duly licensed.

A list of some free casino games by Microgaming is provided below:

The above games and more from Microgaming are available on PaybyMobile anytime. 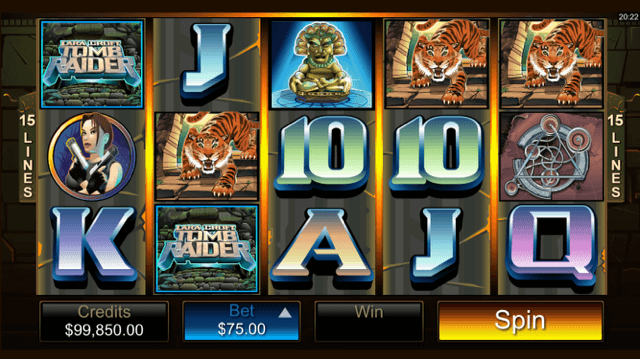 The gameplay in Tomb Raider video slot is centered on Lara Croft, who is the scatter symbol. With 3 or more of Lara Croft symbols on any of the reels, the free spins feature is turned on, where you stand a chance of winning the maximum prize available on this slot.

Another dynamic gameplay is presented by the Tribal Idol, which is the bonus symbol, 3 or more of which activates a click and pick bonus game in the base game.

There's the Game Logo that acts as the Wild symbol changing all other symbols save for Lara Croft and the tribal Idol.

At pay by mobile slots is, Tomb Raider is played with a wager of at least 75 Pence and 37.5 Pounds at the most.  You can have full access to the gameplay and rewards of the respective symbols live on PaybyMobile Casino today. 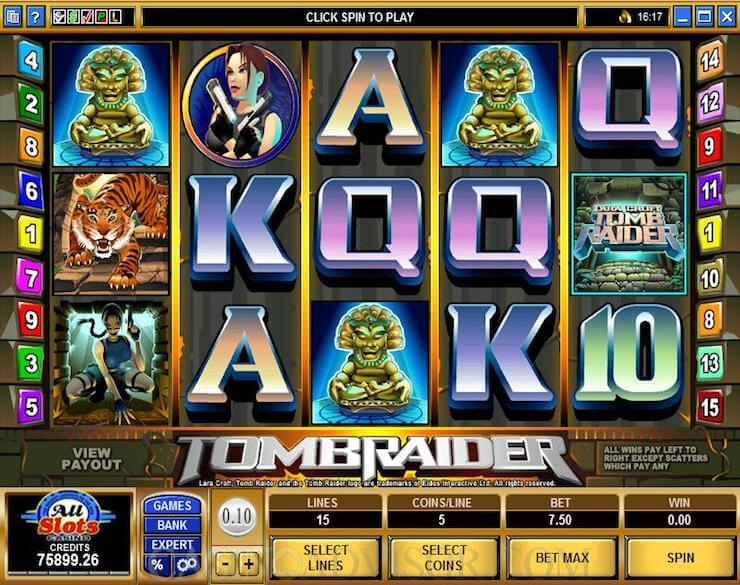 The Tribal Idol is the game's bonus symbol. So getting 3, 4, or 5 the Idol bonus symbols on a pay-line will activate this feature, which is a typical Click and Pick bonus game.

As soon as you have activated the feature, you are taken to an ancient temple where you get to pick from 12 bonus idols therein.

What's more, there's a 3x multiplier in the free spins feature, which can increase the highest prize of 7,500 to 22,500 wager reward! You can trigger these bonus games on PaybyMobile Casino now and stand a chance of winning massively.

The Tomb Raider is a branded game developed by Microgaming and made easily accessible by pay by mobile slots winning and fun.

This is an adventure-packed slot that's laden with promising payouts and awesome game features that keep you in the mood for more and more wins in the base and bonus games.

So, you wouldn't have anything short of fun giving this game a try on PaybyMobile slots today! You can also check out some of best games today, check out Sunny Fruits Slot.