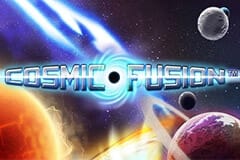 Cosmic Fusion invites you to enjoy an adventure as you travel through space and grab the chance to win amazing bonuses on the way. The five-reel slot is played across ten pay-lines and offers a wide range of bonuses, including expanding symbols and wilds.

You can also enjoy re-spins and increasing multipliers when you play this slot. With as little as 0.10 coins, you can start playing this slot now at Pay by Mobile Casino.

About Mutuel Play - The Developers of Cosmic Fusion Slot

Cosmic Fusion is a creation of Mutuel Play, upcoming developers in the gambling industry. These developers have been designing and releasing casino games since 2016, and impress players with the alluring nature of their slots.

Their casino games offer brilliant graphics and original designs, as well as high-paying features and fast-paced gameplay. Apart from online slots, they also create bingo games and collaborate with many popular developers.

Although they don’t have a massive portfolio like other top developers, they continue to make a name for themselves with their original themes and exciting bonuses. Some of the top slots from Mutuel Play include:

You can play the top games from Mutuel Play and other Pay by Mobile slots when you play this casino.

Cosmic Fusion is played on a five by three grid and across ten fixed pay-lines. Since the pay-lines are fixed, you have no choice but to play with all ten. It offers the standard gameplay, which requires players to form a winning combination with three or more matching icons across the reels. The slot also offers an auto-play option for players on-the-go.

Cosmic Fusion offers a space theme. This Mutuel Play slot shows you a glimpse of the cosmos, planets, black holes, and stars. The reels are set against a background of galaxies, and no definite lines are dividing the rows and columns. Thus, the symbols look like they are floating in space. It combines its brilliant graphics with a catchy soundtrack that will keep you in the mood.

Anyone can start playing Cosmic Fusion with as low as 0.10 coins and as high as 100 coins. The slot offers a jackpot win of 500x your stake, giving you the chance to win up to 50,000 coins. Combined with the impressive RTP of 96.001%, you have a higher chance of winning more than you lose.

Enjoy Cosmic Fusion and its simple gameplay now at Pay by Mobile. 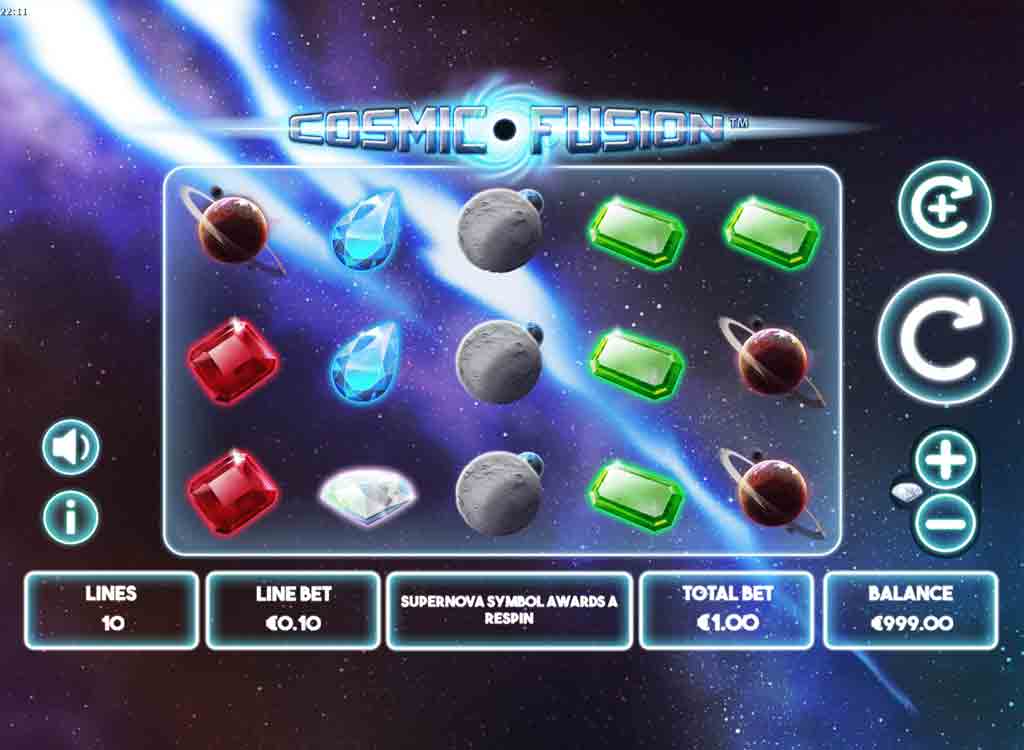 Cosmic Fusion adds bonuses to the gameplay and other extras to increase your chances of winning.

Enjoy these bonuses when you play Cosmic Fusion at Pay by Mobile Casino today.

Cosmic Fusion is an exciting slot that no player will regret picking up. The slot's bonus features are a unique combination of re-spins and multipliers, and the gameplay will become more interesting with the giant symbols. The slot feature that will keep you coming back is the brilliant graphics and how it complements the space theme perfectly. Give this slot a try today at Pay by Mobile Casino.

If you have enjoyed Cosmic Fusion Slot, why not try another exciting game at Pay by Mobile Casino - such as Clover Tales Slot.