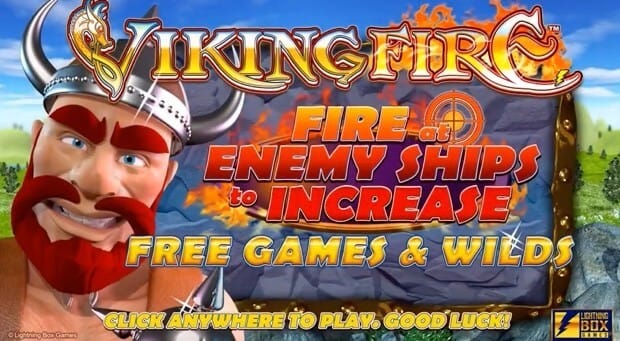 Frequent players of video slots surely will have played one Viking title or the other. Viking games are as engaging as they come, especially with the different styles and dynamics accompanying them.

Now, Viking Fire is an added wonder to the stream of wonderful Viking games in pay by mobile casinos you can play today.

Viking Fire is an adventure-themed video slot set in the deep, thick, and heavy part of a Scandinavian setting. Vikings are typically known for their venturous conquest of enemy towns, possessions, and treasures, which they set out for.

Branded ships are usually an indispensable tool of trade in their adventure to own new territories, and take home every treasure that is within reach.

The players in Vikings Fire are expected to bring to fruition the expectations of the Vikings by looting treasures and making as many cash prizes from the different features in the game.

The actual gameplay here is to plunge long, warships at the bottom of the sea. There's the wild that doubles your wins with the initial possible win of 4 wilds awarded to players.

Basically, Viking Fire gets more exciting and engaging in the free spins feature, where you have an opportunity of winning the highest prize of 2,000 wager rewards.

This video slot thrives on 5 reels, 4 rows, and 40 pay-lines. More details of the slot are in the following parts of this review, after which you may play for free or for real money via deposit by phone bill on Pay by Mobile Casino.

Lightning Box is the brain behind this exhilarating video slot. Lightning Box is a software developer that has been able to masterfully assemble outstanding math, stunning graphics, jaw-dropping theme, and impeccable technology and innovation in all its games.

Founded in 2004, Lightning Box is led by the idea that all its games should have a special touch that sparks off uniqueness and distinctiveness. Led by mathematicians that are well-versed in the industry, Lightning Box is driven by exceptional delivery of games to physical, online, and social games casinos.

The Sydney-based game provider has a knack for gambling entertainment, making it easier for the player to understand the dynamics of their games.

As part of its business models, Lightning Box is a supplier to some of the leading industry players, such as Microgaming, Aristocrat, and Incredible Technologies, and Scientific Games. The outstanding nature of their games has led to the licensing and certification of all its games in different jurisdictions with very tough gambling laws and regulations.

As proof of its ingenuity, Lightning Box is licensed to deliver games to casinos in the United Kingdom and all of Europe, the US, South America, and Asia. Lightning Box has a catalog of jackpots slots, video slots, table games, card games, bingo games, poker games, among others.

At this point, it's necessary to list outs few games by Lightning Box:

The above games and more are available at PaybyMobile slot for your playing pleasure. 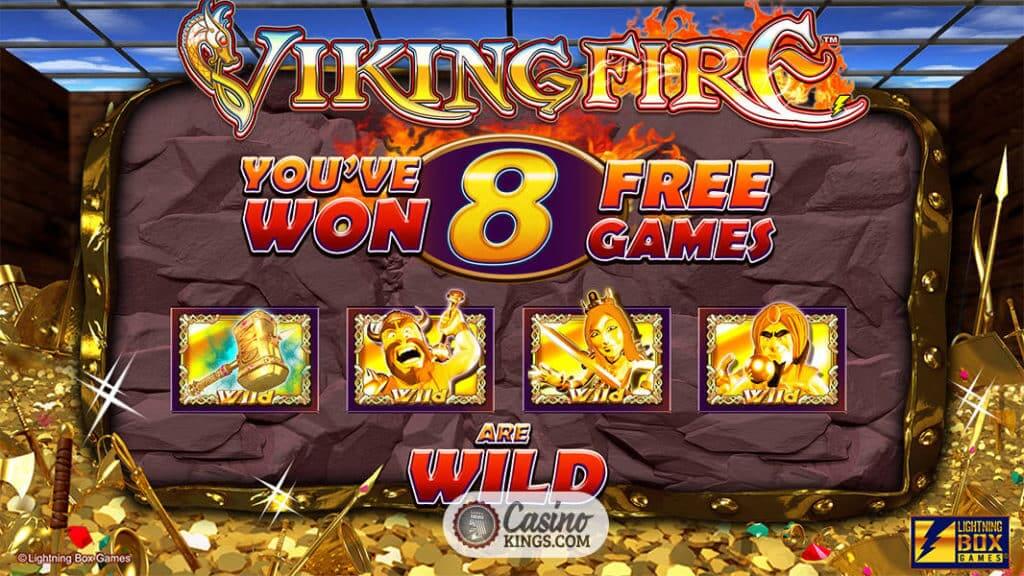 The gameplay revolves around the hammer symbol that acts as the wild. This substitutes all other symbols when forming a winning combination except for the bonus scatter symbol. The more significant part of the gameplay is centered on the free games feature, where you have free spins, as well as a Pick feature to unravel extra wild symbols.

The wager here is pegged at a minimum of 50 Pence and a maximum of 1,250 Pounds for every spin. You can have direct access to the gameplay by playing this game on PaybyMobile Casino now! 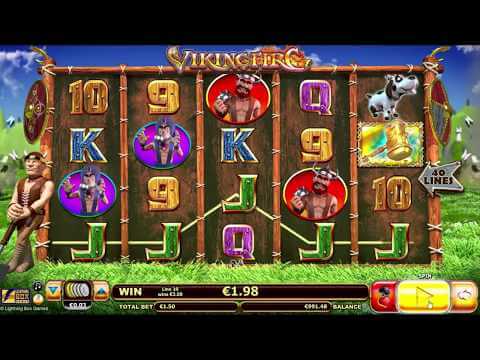 Just like the free spins, this feature is activated by aligning 3 or more scatter bonus symbols. If luckily you get 5 bonus scatter symbols on a pay-line, you are in a position to win the highest wager prize of 2,000 times wager reward. The Pick stage then comes to play, wherein you pick symbols that offer additional wilds symbols and extra free spins to cap your gameplay. You have the chances of picking a Wild Viking, or a Wild Princess, or a Wild Wizard in addition to 1 or 2 free spins, or an X.

If you get an X twice, the feature comes to an end, and you start playing the rest of the game with what you have or advance to the free spins feature.

Bonus scatter symbol triggers this feature with 5 free spins or additional 3 Hammer wild symbols. When you have the wild as part of a winning combination, all your wins are doubled by an x2 multiplier, increasing your winning potentials. You can activate the above bonuses on PaybyMobile slots today and win awesomely.

Viking Fire has been expertly crafted to offer players and optimum playing experience on physical and online casinos, especially pay by mobile casinos.

The gameplay here is enhanced in the Wild Pick, and free spins feature that promise as much as 2,000 times your wager. So with the highest bet, you stand a chance of making history on this free slot games. We advise you to play this game now, as you have a chance of landing extraordinary wins.

You might also want a different game at Pay by Mobile casino, check out Tomb Raider Slot today!